Kobukson is probably the most famous warship designed in East Asia. Its design originated from ancient hero of Korea, admiral Yi Sun-sin, who built a number of such "turtle ships" in the end of 15th century, and score a number of decisive victories against Japanese invaders. This, "modern", version is a unique ironclad tank, covered up by thick protective roof and almost invulnerable for boarding. Kobukson is a very sturdy ship, and can engage a fight with several opponents at once. Thick boards and armored roof make very good job for protecting the crew from enemy fire too. Overall, Kobukson is a very special battle ship. Its hardiness and sustainability makes it a good choice to any sea rover seeking hard preys. 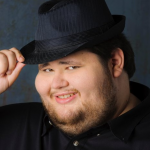